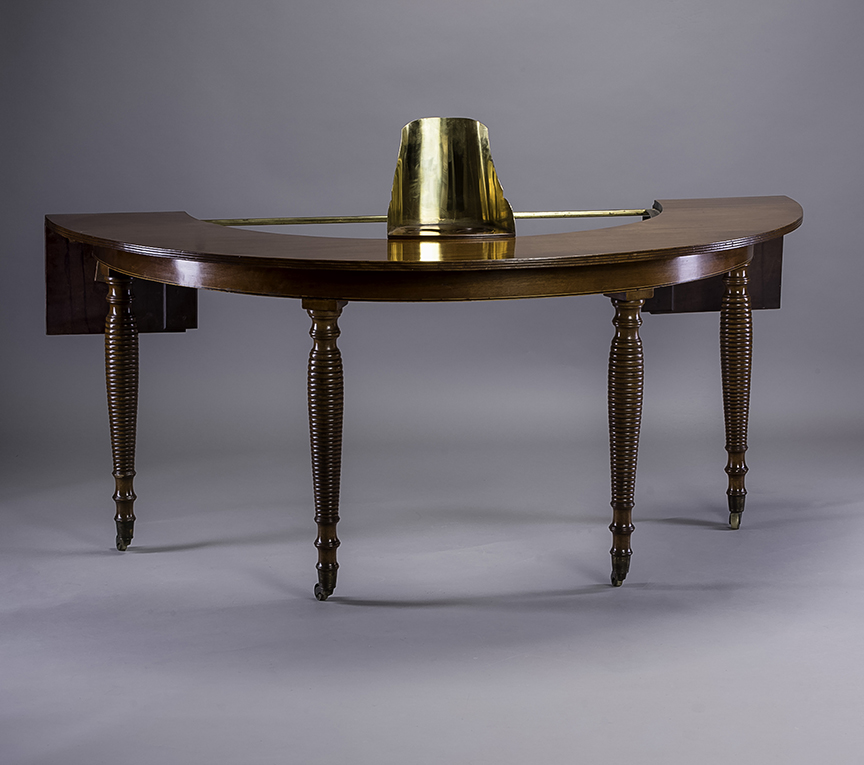 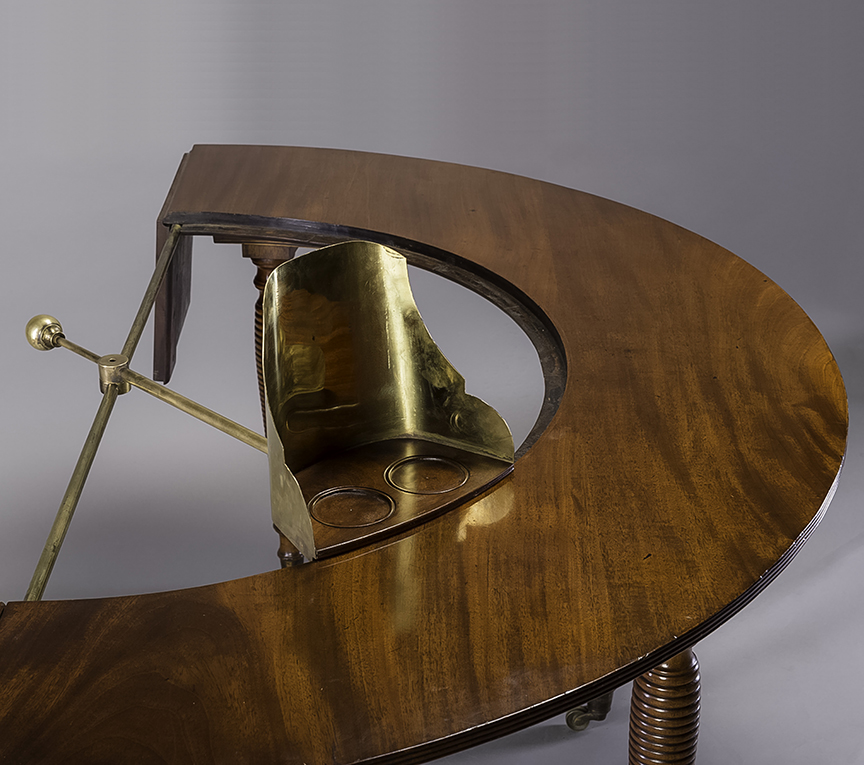 The table is designed in such a way that it could be used in a multitude of functions. It could be brought out into a parlor in front of a roaring fire, with the pivoting brass chariot in the center holding a warming beverage that could be slid around the table on its track to serve the huntsmen. The chariot could be removed to allow a member of the hunt staff to serve the hunters outdoors while on horseback either before the hunt or upon their return. The table could be used as a serving station, with centre leaf installed, and placed against a wall as a buffet.

George IV Social Hunt Table has been added to your cart.